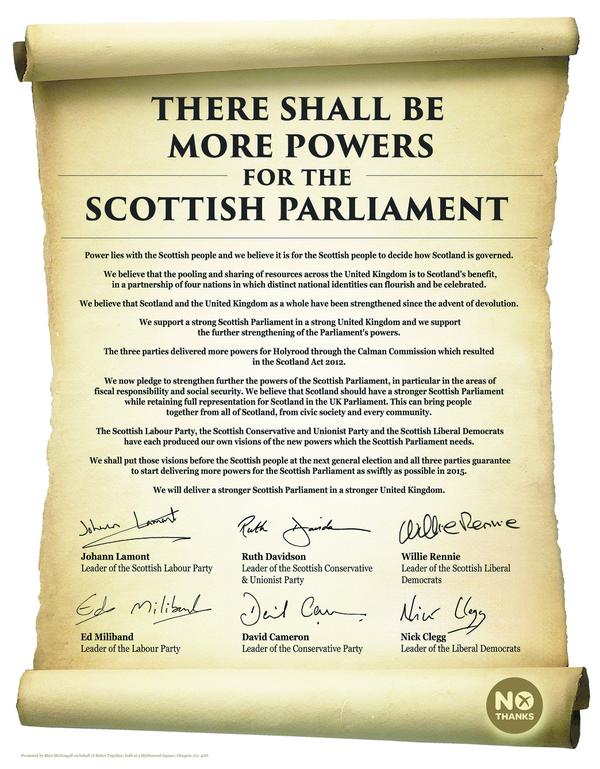 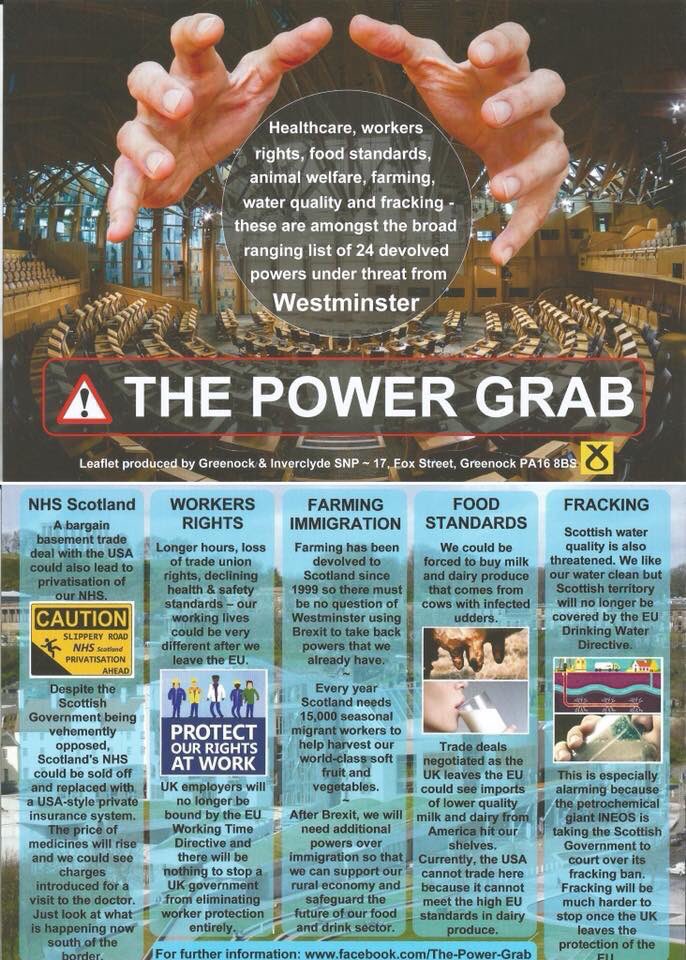 You are obviously aware that no real significant power has been devolved to Edinburgh several years after the INDY REF promises.

ARE YOU AWARE? They have now started stripping powers from Holyrood, changing the law to suit themselves. Making sure Westminster can over rule Edinburgh any time it wants even on wholly devolved matters which were supposed to be set in stone. So instead of getting more powers after INDY Ref we are getting less.

THEY THINK YOU'RE NOT PAYING ATTENTION

IE. FRACKING. Scottish Gov has a moratorium on Fracking. NO FRACKING IN SCOTLAND.

Westminster has already sold Fracking licenses for Scotland.. Give the money back or remove powers from Scottish Gov ??

Scottish Parliament, not just the Gov (73% of Holyrood) passed a bill enshrining all devolved matters coming back from Brussels into Scottish law.

Westminster is taking OUR Parliament to court to overturn this decision because they want to take these powers regarding devolved issue's back to Westminster. 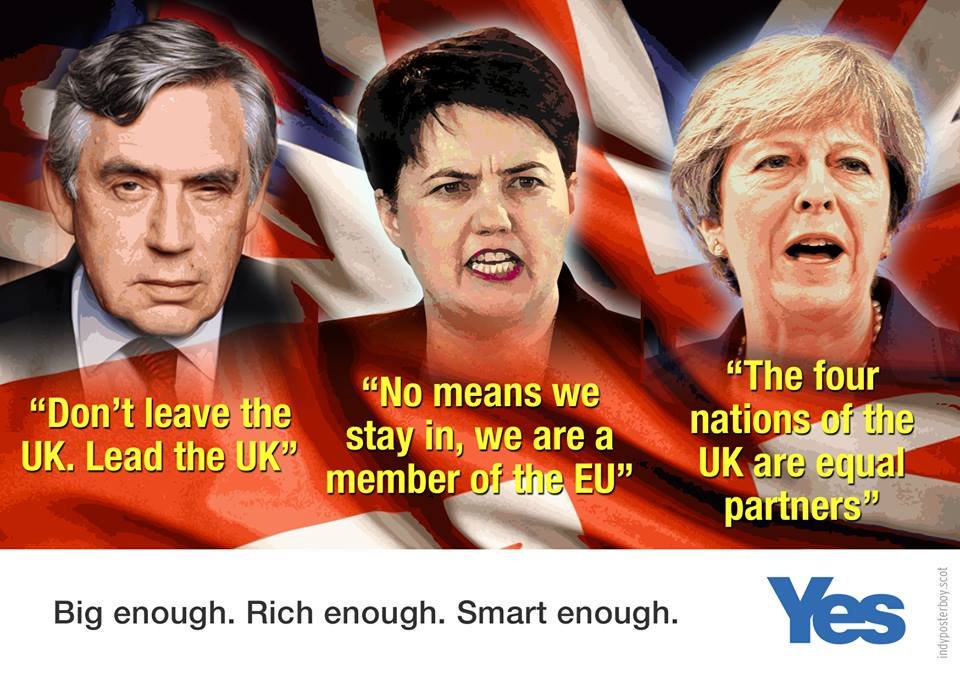 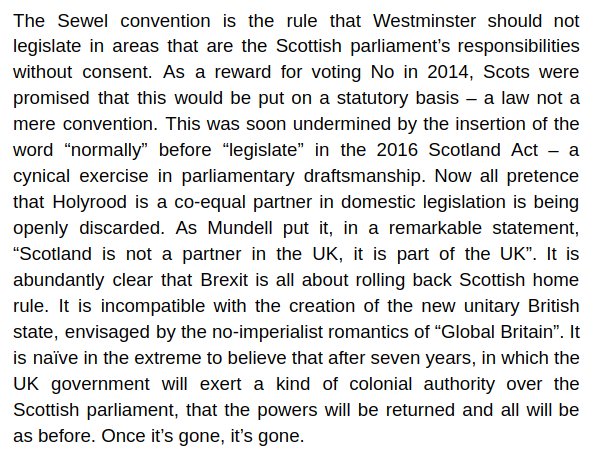 (the word normally has been added) 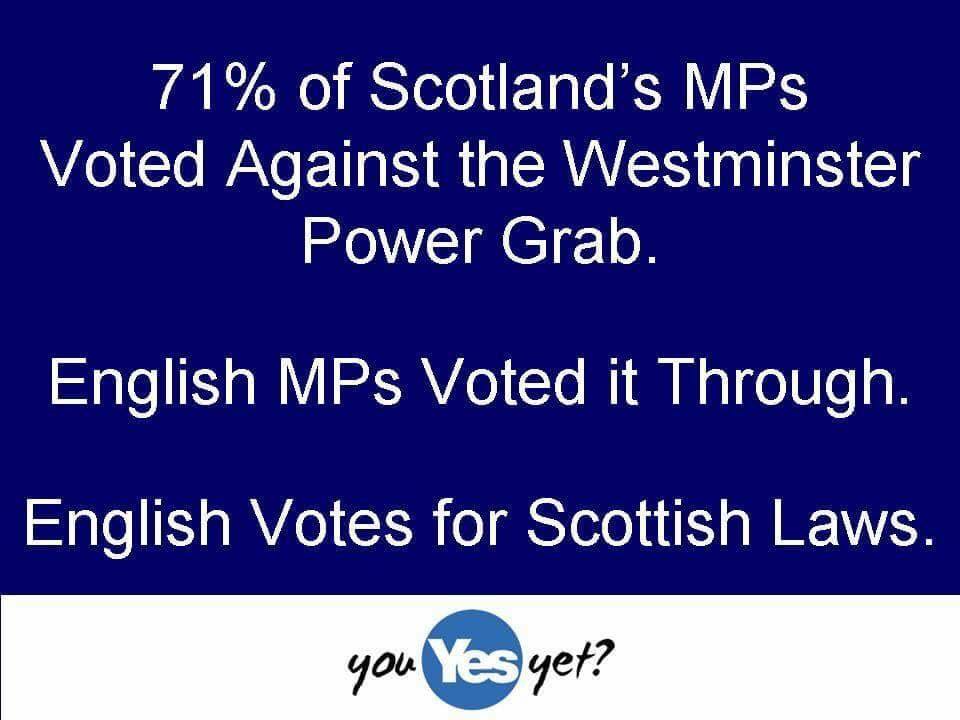 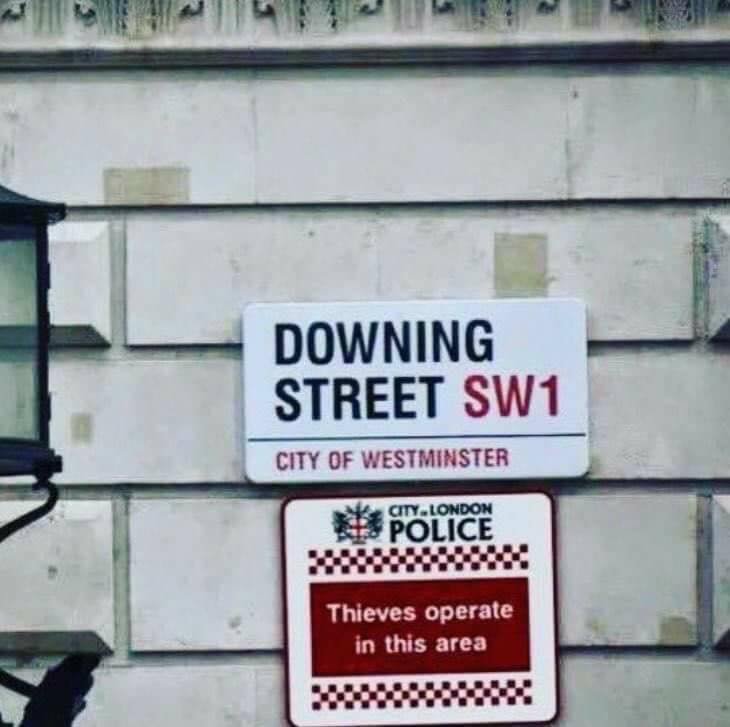 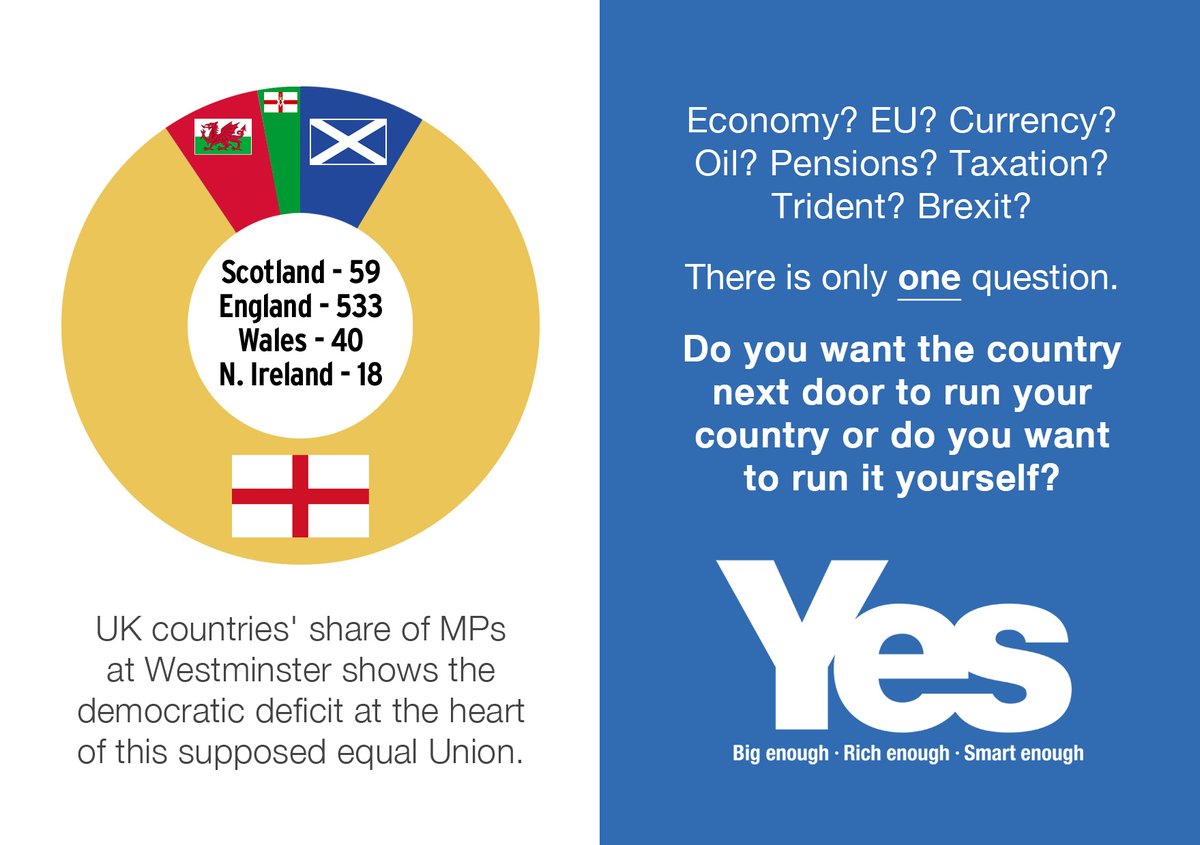 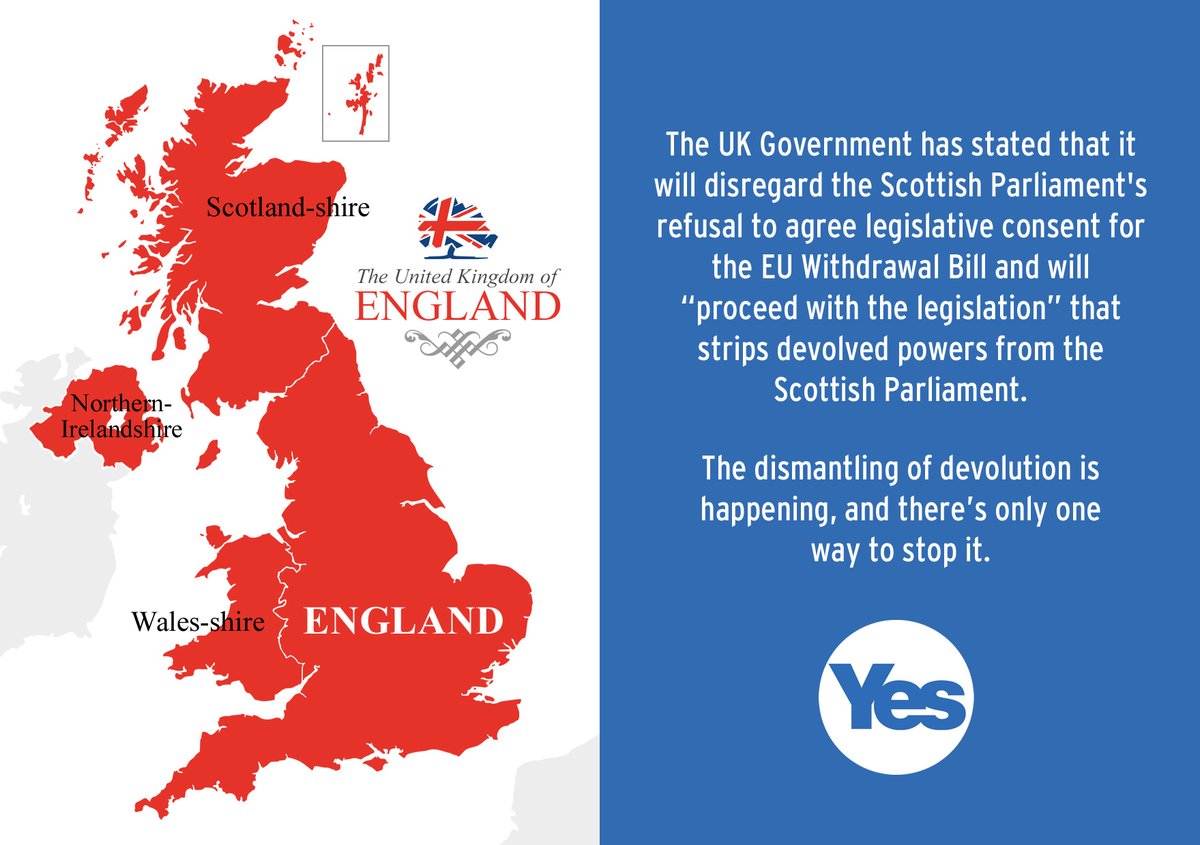 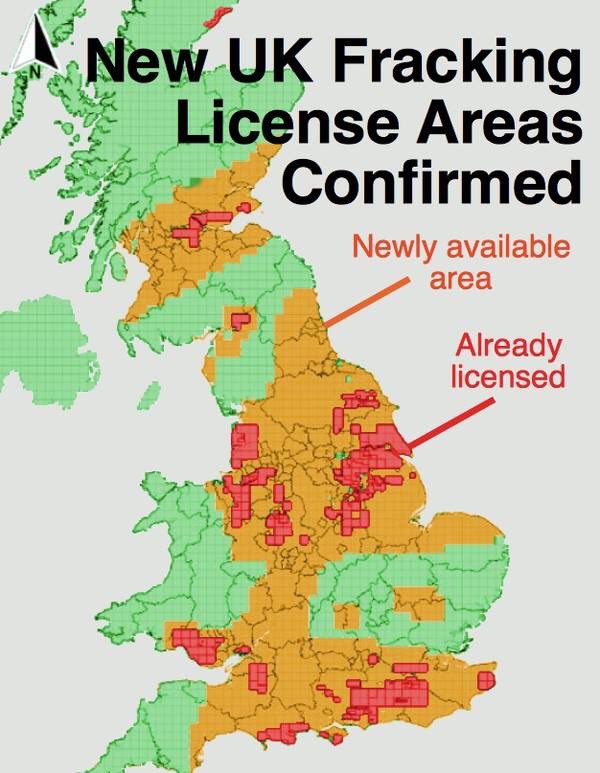 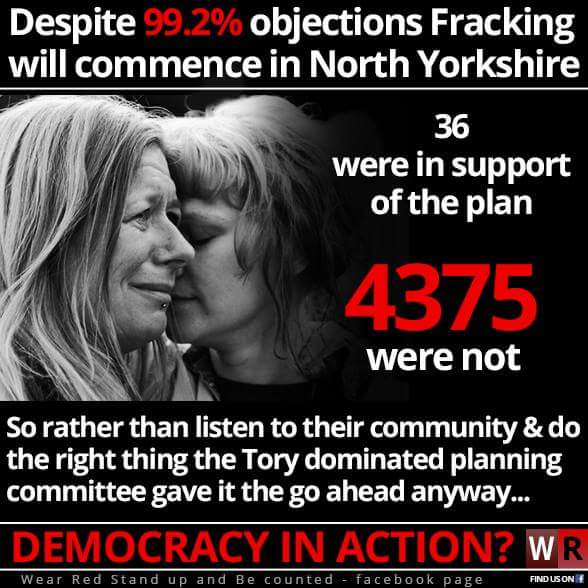 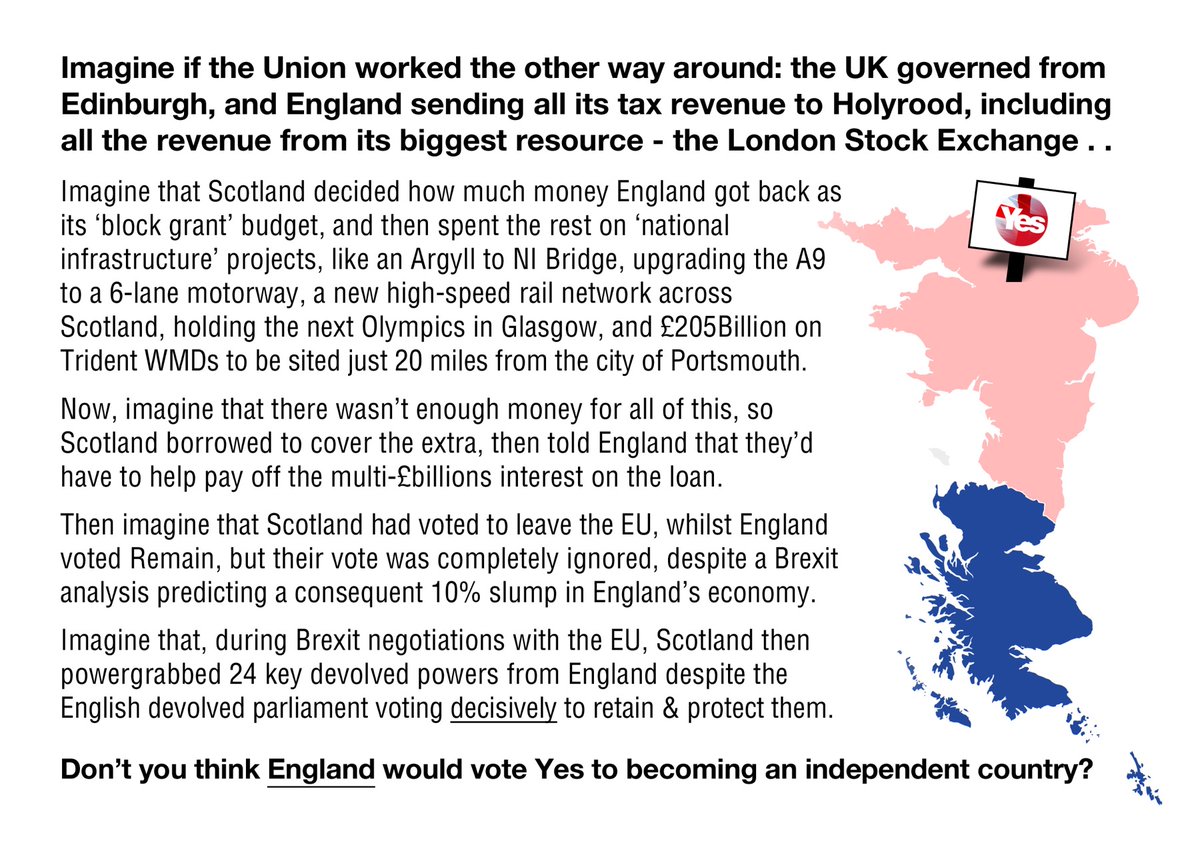 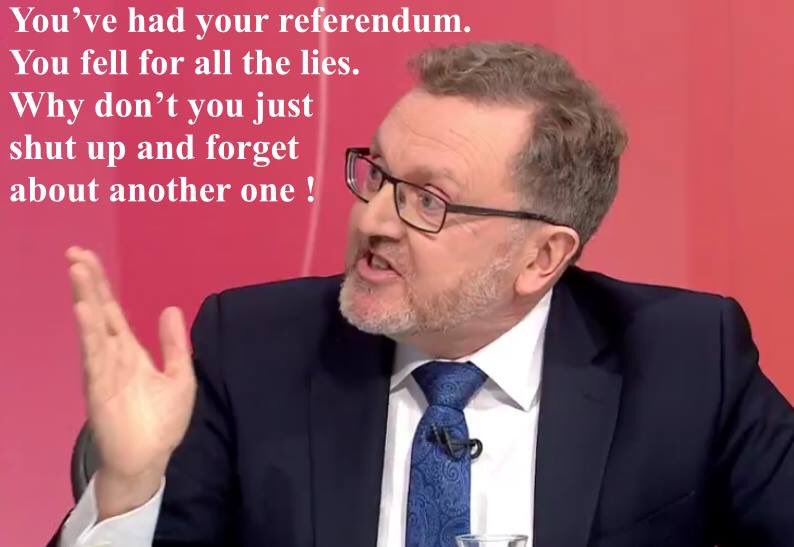 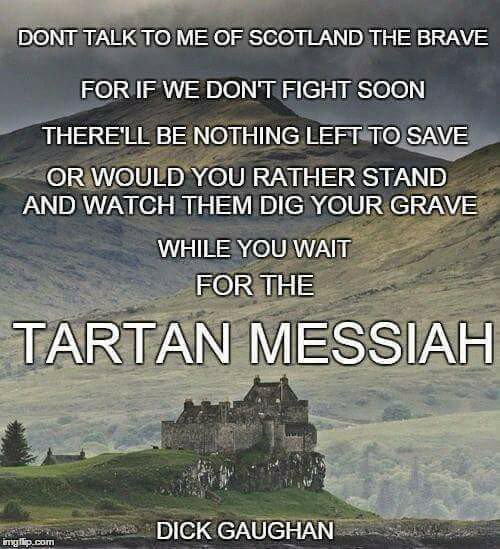 SCOTTISH OFFICE ie David MUNDEL have changed their name to The UK Government in Scotland, obviously so the Tory Gov in Westminster can control more of Scottish life They will confiscate more of Holyroods power. Despite the fact we don't vote for them. Or probably because we don't.

Until now Mundel has had a staff of around 10 people.
The latest story (which is denied) is that he has recruited 100 people & leased an office block in Edinburgh.
The Scottish Government elected by the people of Scotland is going to be stripped of powers or closed down completely by a political party who last had a majority in our country in 1955.

The British Establishment & media view you with contempt. 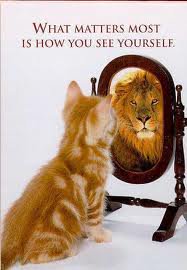