So as the oil started to flow in the early 70s we were told it was about to run out & it's been running out ever since. Now they tell us it's all but gone. 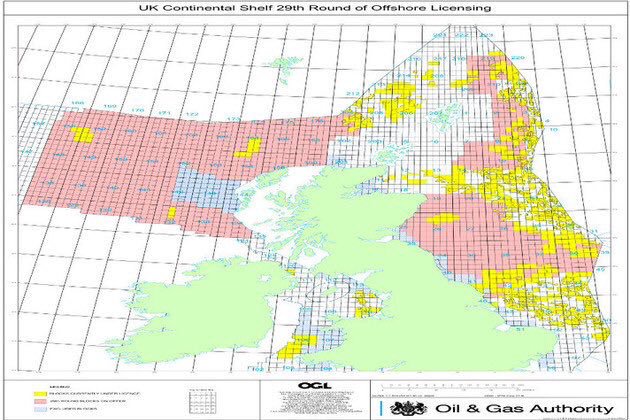 Back in the LATE 70s nationalists were claiming an Independent Scotland would have a surplus of £2 to 3 billion a year. This is back when a billion was a lot of money. The whole Scottish Office budget for running Scotland was around £10b.

Scottish Labour, Tories, Lib Dems all lying to their own.

There would be plenty of genuine people in all of the parties who were working on the assumption the lies were true.

Lets talk about the people at the top. They knew Tories, Libs & the great Scottish Labour Party saviours of the working classes, leading from the front inspiring our people to greater & greater achievements. Turns out they weren't. BUT THEY WILL ALL HAVE KNIGHTHOODS for services rendered.

I've heard it said that we should try these people with TREASON. I like the sound of that but it wouldn't work. It would be impossible to try them with treason. THEIR ALLEGIANCE WAS NEVER TO US.

Couldn't make it up. We have been voting for people whose allegiance was never to us.

They are guilty not of treason but deception.

We are guilty of allowing ourselves to be taken for mugs.

Still secret after that date because none of our TV or newspapers thought it newsworthy. 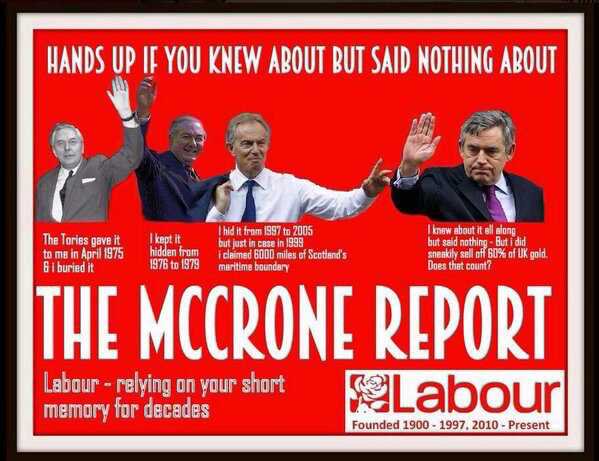 Have a look at this.
The pretence being that English fishing territory was just below the level to qualify for the top E.U grant.
I know Dewar was a committed unionist but, could you imagine an English politician giving away English territorial waters?
After Brexit they won't need it. 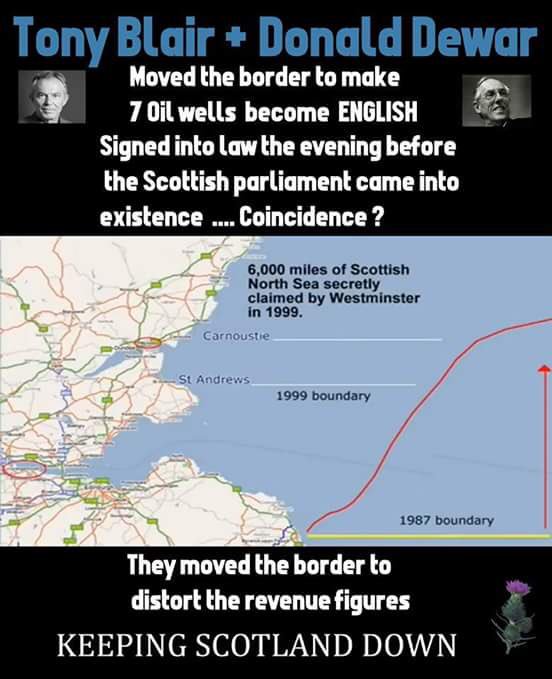 TAKE A LOOK AT THIS. Someone who knows about these things.

So they tell us the great bonanza from oil is over. What about the new finds & new exploration licenses. Why is none of this ever in the news in a major oil producing country like Scotland / U.K? Some say the greatest finds are still ahead???

You have to look at oil industry publications to get any news on such things. I am sure the Norwegian news covers stories about new discoveries in the Norwegian sector.

Only oil news you get in Scotland is when the oil price goes down & aren't we lucky we have a strong union with U.K. To rely on.

P.S.
At time of writing oil back up to around $60. Lots of money being made. 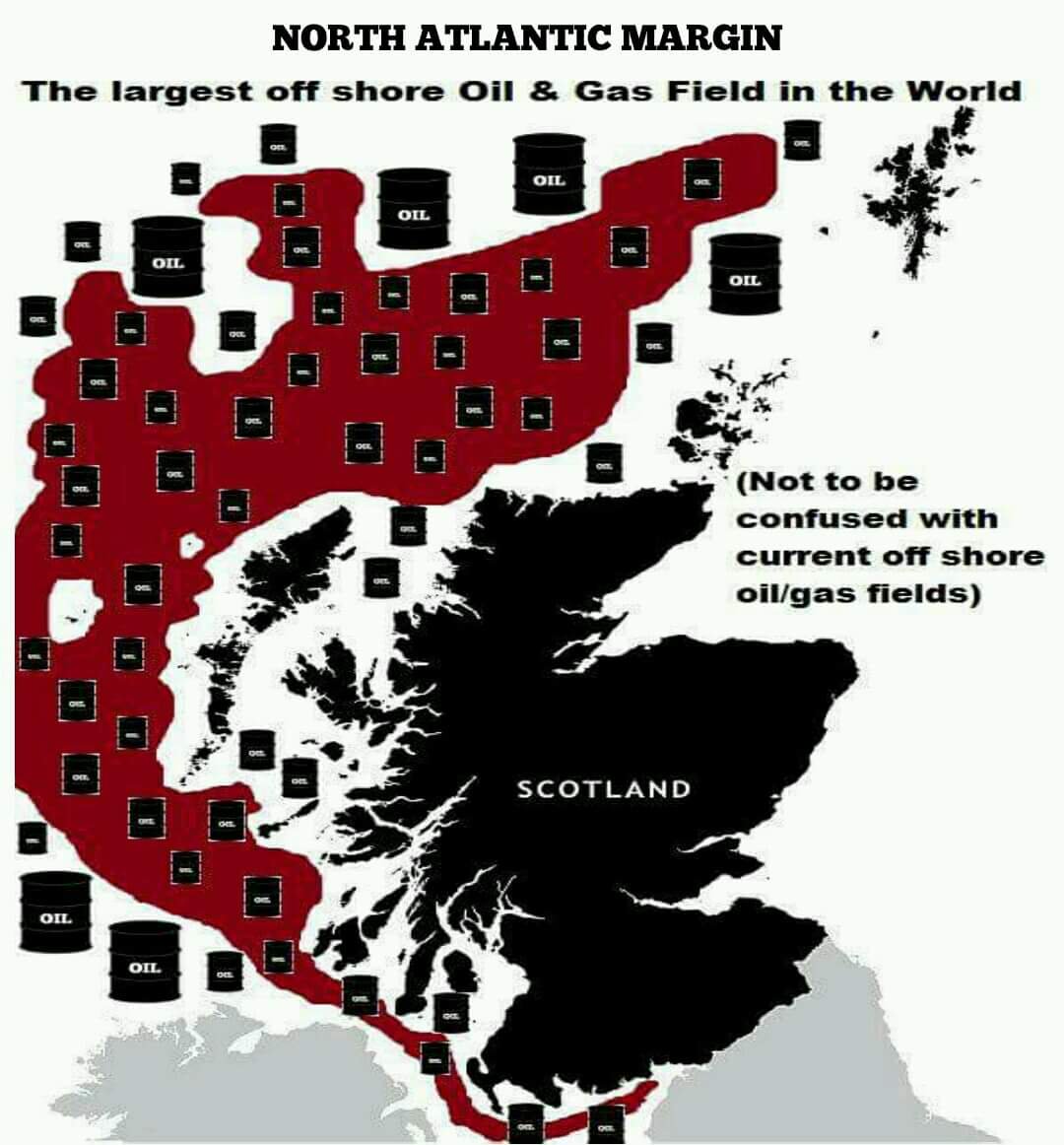 Clair Ridge Field. West of Shetland.
During Indy Ref 14 it's existence was denied.
December 17 started producing oil, Billions of barrels.
Indy Ref 14 they told us only 10 to 20 years of oil left.
Industry now says 60 to 80 Years. 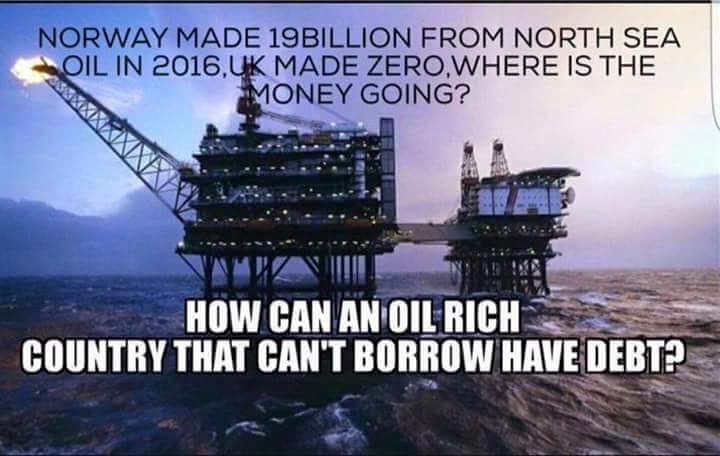 In recent times U.K raised £12 to 15 billion per year in taxes from North Sea.

When the oil price crashed 50% you would expect a similar drop in revenue.

The year after the 50% drop in price the income from oil revenue almost disappeared
U.K raised just £43 million from Scottish waters.

They explain this by saying at a time of low prices they had to give companies tax breaks to stop them deserting the North Sea.

Sounds plausible until you look at Norway with similar size oil reserves
Norway received £19 billion in revenue from oil companies.

Questions began to be asked.

Brown envelopes are for amateurs.

One day a month directorships?

WHY IS THIS NOT HEADLINE NEWS?

Explanation other than corruption has now emerged. 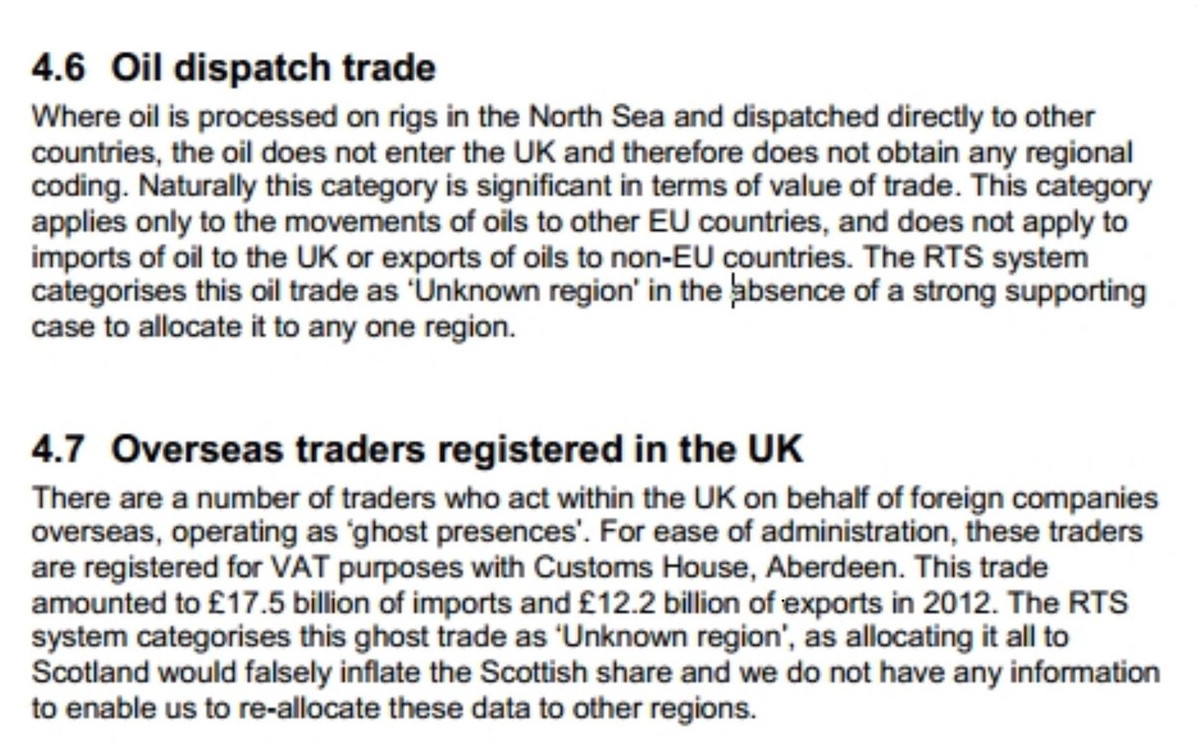 Regional coding.
So eventually the treasury admit that taking into account the various methods of recording revenue they actually raised £12b in tax from the Scottish sector of North Sea.